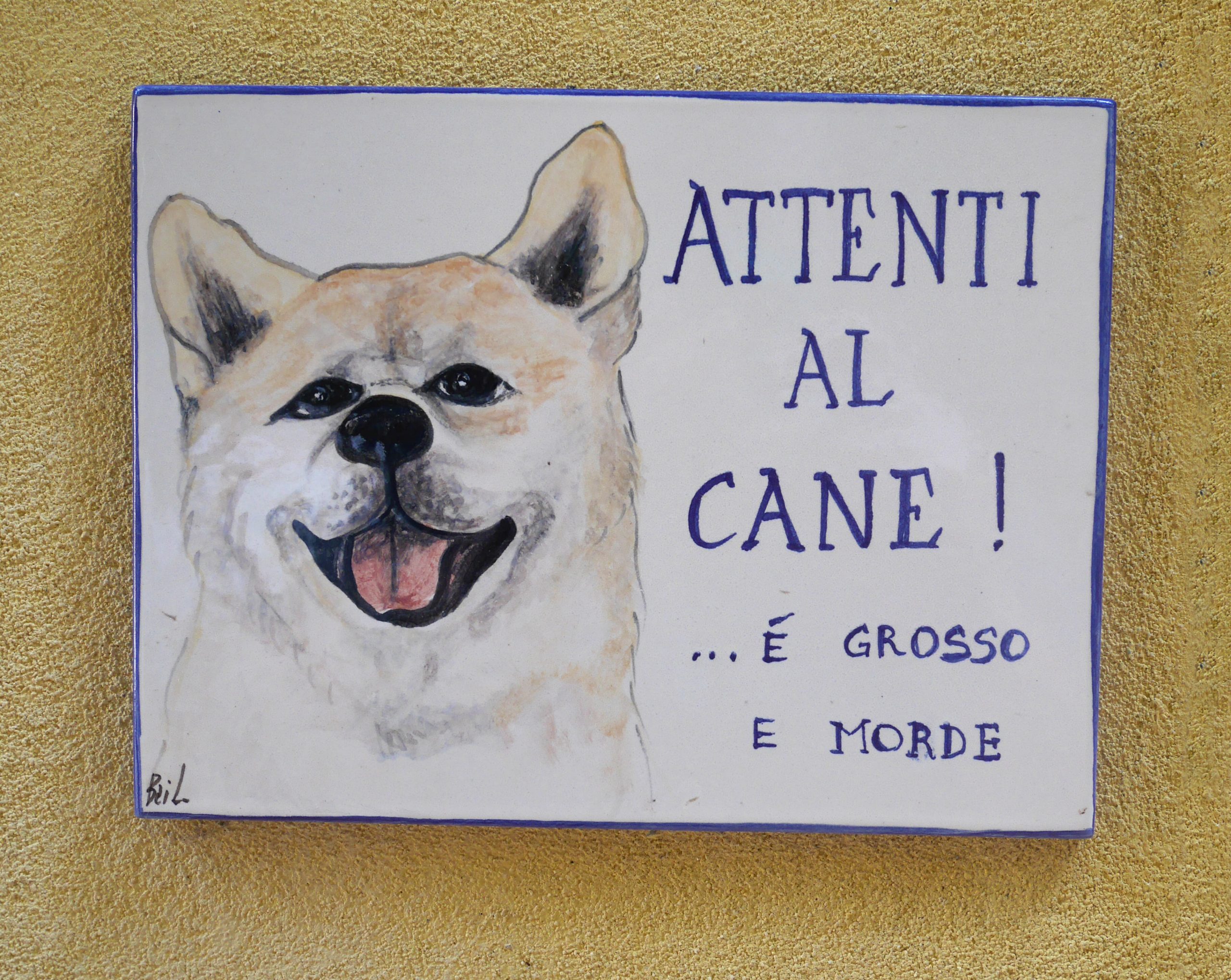 Walking through the streets of the beautiful town of Pienza, in the Val d’Orcia, in Italian Tuscany, suddenly in a narrow alley we came across this poster, which according to the tile finish and placed on the wall, has a undoubted vocation of permanence.

“Attenti al cane… é grosso e morde” (Beware of the dog … it’s big and it bites). The neighbors of the house I suppose that fed up with “annoying tourists” like us, they have had no other option than to resort to the house dog.

I am not going to resort to sociological explanations about the incidence of mass tourism in small towns that are in a conflict of interest between making the most of their resources and the desired tranquility they deserve. I do not move well in that terrain, sometimes so swampy. I am an ilustrator.

In this case, the neighbors of the house have not placed the helpful icon, simple, clear, orthodox and above all ambiguous of a dog to accompany their warning. They have been much more specific and have made a portrait, hand-painted of the “fearsome” dog. The portrait is signed, which means that there is some artistic interest.

It is a pity that the magnificent book “La Técnica del Comic” by the excellent catalan cartoonist Josep M. Beá i Font, which I used in my first forays into the world of comics, has not fallen into the hands of the artist. In one of its chapters, ” Tabla de expresiones faciales “, there is an abundant selection of expressions, including the threatening one, that could have been used in this case, because more than being scary, the dog’s expression invites you to visit it and pass the hand on the back or give him an “Abbraccio affettuoso” (affectionate hug).

By the way, one question that I have, what will the fearsome dog be called?Attila? Adolf? Benito? Or maybe Donald?