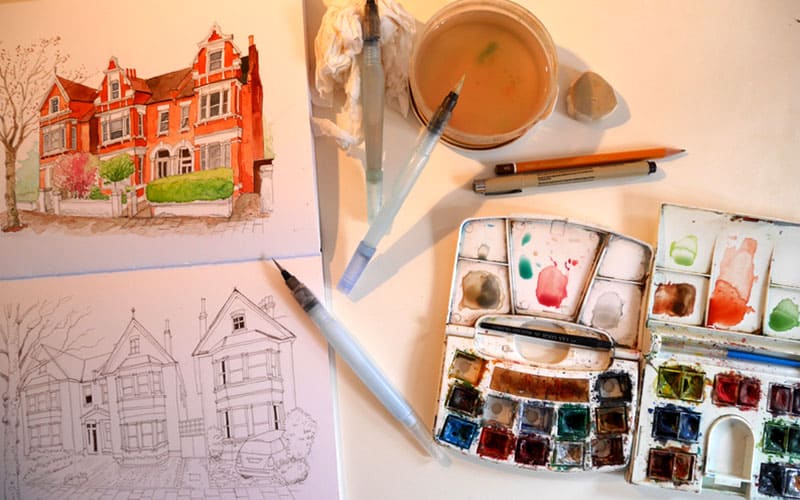 These days of mandatory confinement have given me the opportunity to take a “walk” even if it is virtual, in some places that we had visited a while ago. I usually work with photos taken during the holidays, other times, the least, I can take them on site. That is impossible these days, so I have used a formidable tool to find reasons to draw, I mean Google street view. 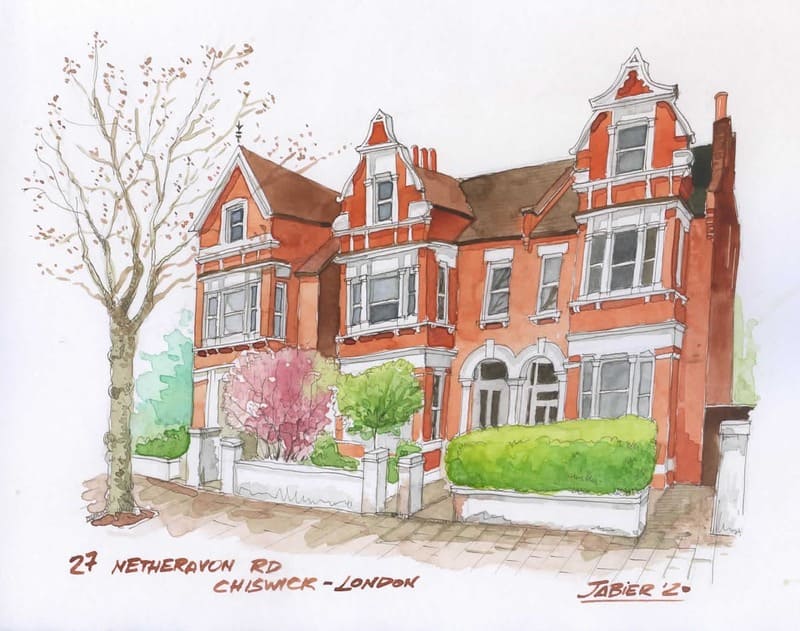 During the summer of 2014 and Christmas 2016 we visited London and in both cases we stayed in the same area, first at Hammersmith and then at Putney Bridge. I have been drawing motifs from both places and now from home I have continued to “explore” and discover new areas.

Here are some of those drawings from the Putney area and another neighborhood I did not know, Chiswick, in South West London. 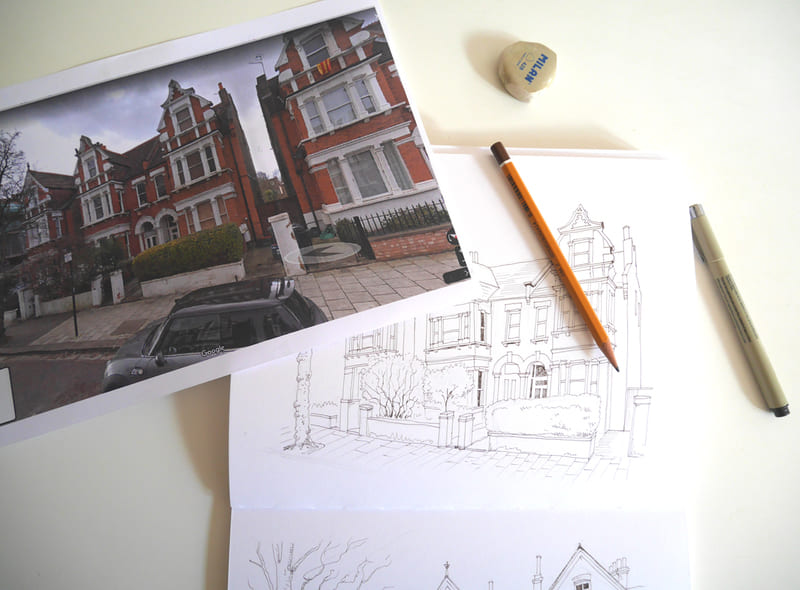 Chiswick was one of those towns, like its neighbors Kew and Richmond, where aristocrats built their country houses in Georgian, Victorian or Edwardian styles, surrounded by gardens and green areas on the banks of the Thames.

On the other hand, Putney is a neighborhood in Wandsworth Township. As an anecdote it is the place where the rowing regatta begins between Oxford and Cambridge. One of the illustrious people in the neighborhood was Clement Attlee, Labor leader and Prime Minister of the United Kingdom between 1945 and 1951. During his tenure he laid the foundations for what has been called the “welfare state“, strategic sectors were nationalized, and his minister Health Aneurin Bevan was commissioned to create the NHS (National Health Service), so in vogue in recent days. On the other hand, Palestine was abandoned and independence was granted to India. As far as we are concerned more closely in the Basque Country, Clement Attlee was one of the great inspirers of the father Jose María Arizmendiarrieta, ideologist and founder of what is known as the “Mondragon Cooperative Experience”. 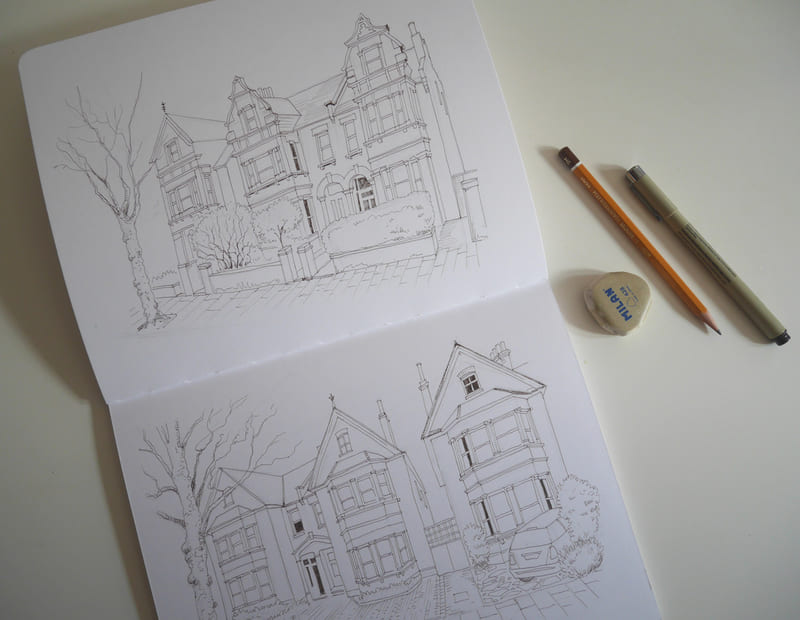 But let’s get to the point! Below is a brief explanation of the work process. Normally after getting a “screenshot” of what I want to draw and print, I first draw everything in pencil and then I outline the drawing with a marker to later color it with watercolor.

The truth is that I am quite faithful in small formats to the Italian brand Moleskine, but little by little I am using other types of media. 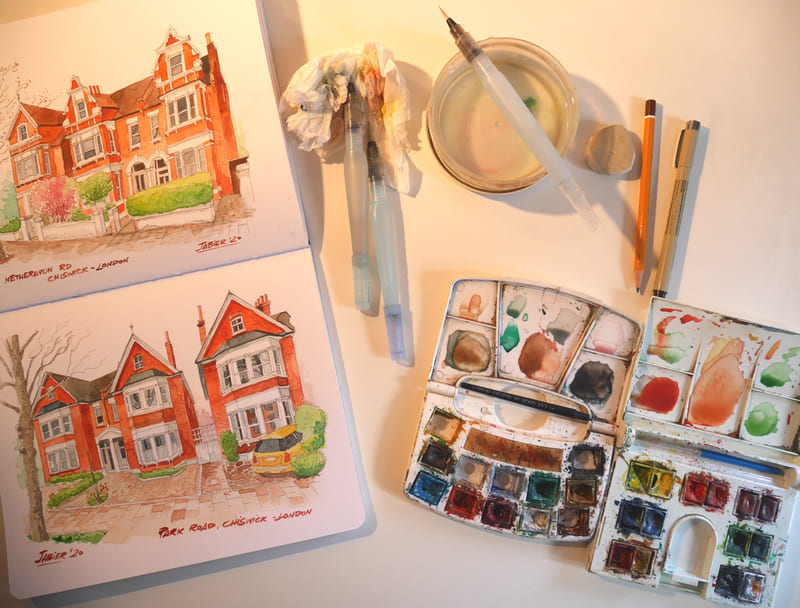 I pass you a small technical sheet of the materials used in these drawings. It has been very good for me to know what materials other people work with. 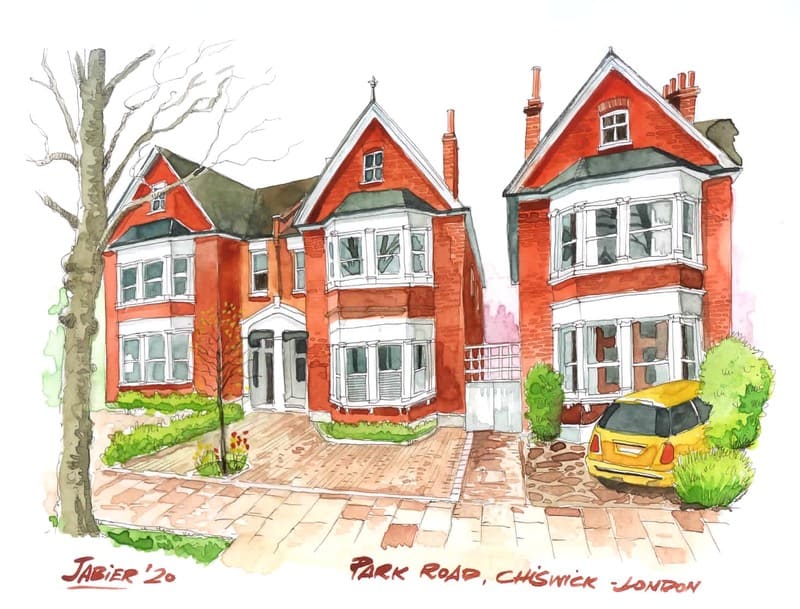