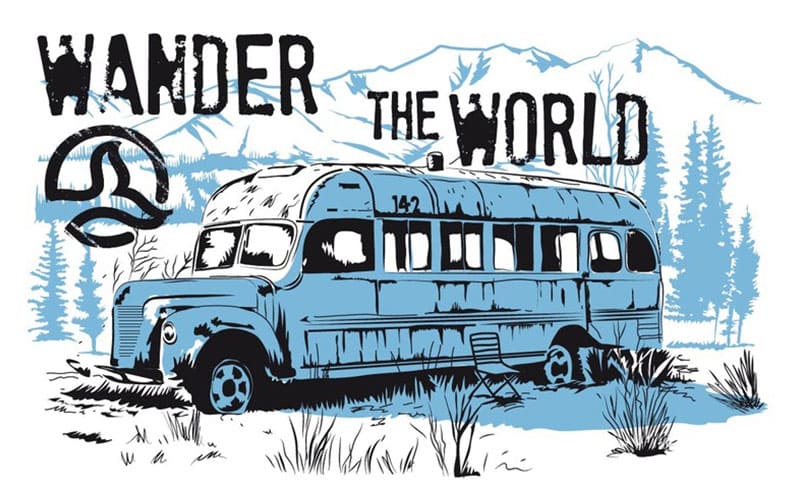 Last season I designed the Milnes model T-shirt for Arrasate Ternua firm. The slogan was “Wander the world” and shows the well-known bus 142 parked in the heart of the wild nature. 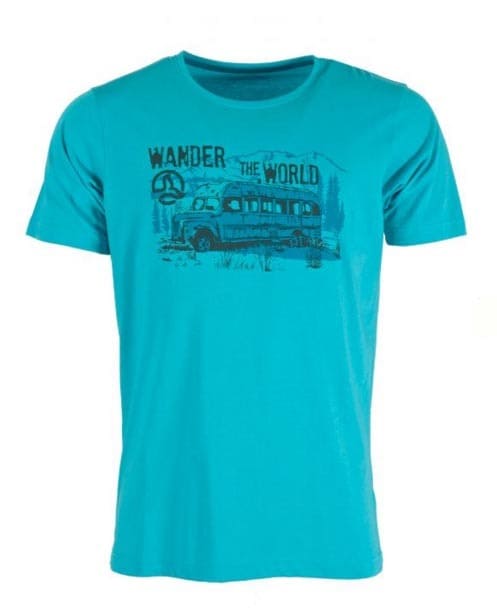 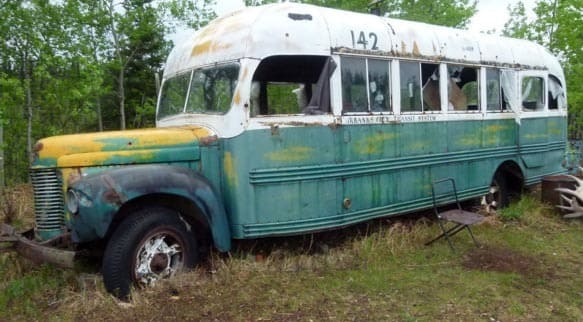 On August 6, 1992, a group of hunters found the following note pasted on the bus:

“S.O.S., I need your help. I am hurt, close to dying, and too weak to hike. I’m completely alone, it’s not a joke. In the name of God, please stay here to save me. I am picking berries near here and will be back this afternoon. Thanks, Chris McCandless. August?”

Inside the bus they found a body of a man who weighed barely only 30 kilos. It was the young Chris MacCandless who had ventured into Alaskan lands months ago in order to fulfill one of his dreams, to live off the land, away from civilization, confronting the forces of nature.

His life experience was brought, first into literature, by the writer and climber Jon Krakauer, (Towards Wild Lands – Editions B) who made McCandless a kind of idealistic hero for much of American public opinion and later to the cinema by Sean Penn (Into the Wild). Since then the bus, better known as Magic Bus 142, located on the Stampede Trail, has become a place of pilgrimage. 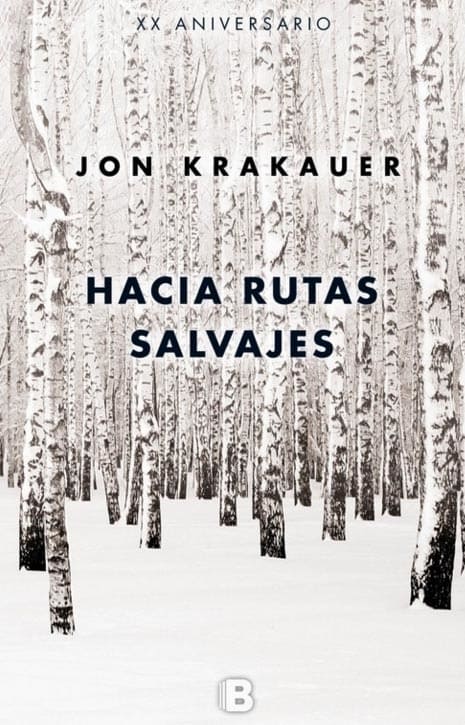 However, that romantic view of this story is not at all shared by many Alaskans. Knowing their land as they know it, they do not understand that you can go into the middle of nature with so few means, without maps, without experience in wildlife. The “McCandless Phenomenon” attracts hundreds of young people every year with the aim of challenging themselves in the face of a beautiful but unforgiving nature. 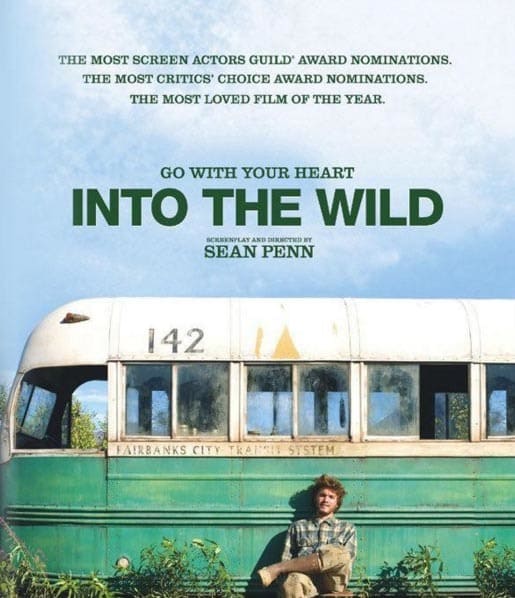