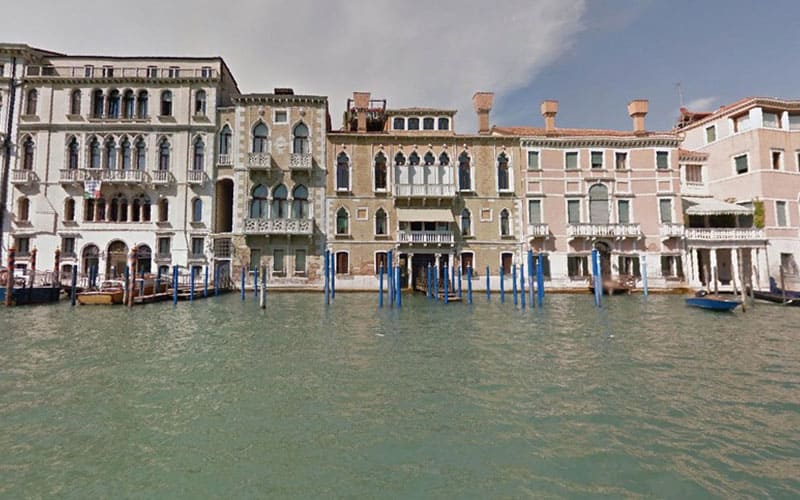 When I like to read a particular author, it happens to me that from time to time, I visit the networks to find out if there is any latest publication. As if reading a book is as easy as writing it. A little before the “confinement”, I was worried about putting a few titles in my backpack and it was a pleasant surprise to see that Javier Reverte, the author I have been following for a few years, came with a new book under his arm, “Italian Suite”. 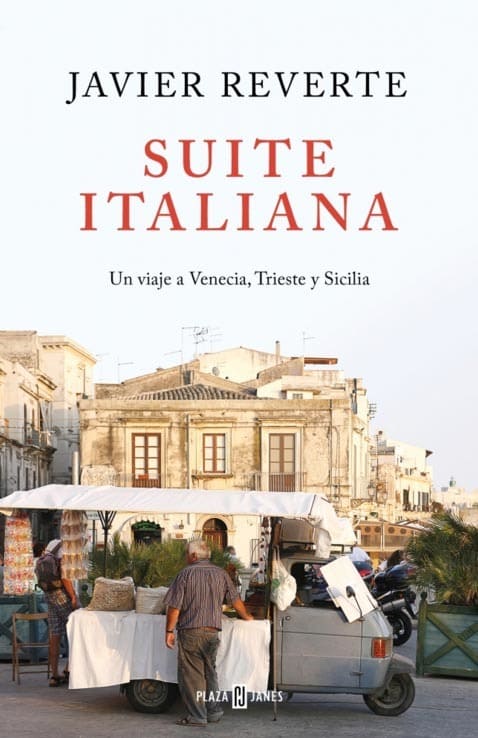 This time, the writer from Madrid makes a route through three places of Italy, Venice, Trieste and Sicily, following of course, the way of great writers such as Thomas Mann, Rilke, James Joyce or Giuseppe Tomasi di Lampedusa who placed those places in their books. I have to confess that the only one I have read has been Lampedusa and his magnificent ” Il Gattopardo”.

Reverte has the custom to support his texts with some photos of the places he visits and in one of them, the Grand Canal appears in Venice and in a corner a small building that has quickly become known to me. It is the small Contarini Fasan palace. After our summer stay in 2016, I drawed the “Palazzetto”, also called Casa di Desdemona. 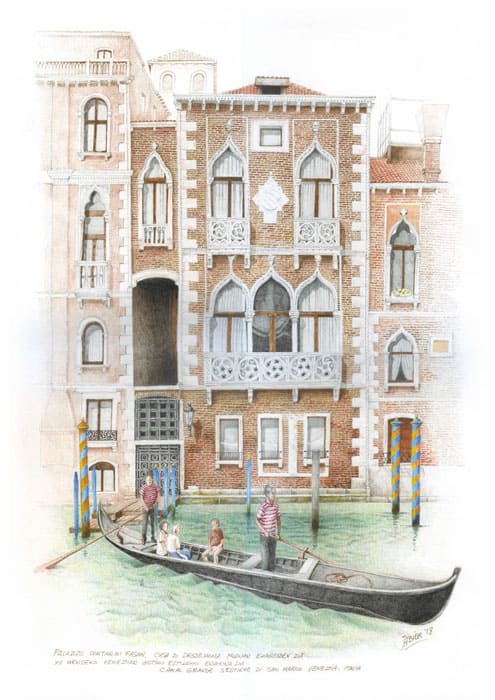 It is a 15th century Venetian Gothic style building, consisting in three levels. For centuries it has also been known as Casa di Desdemona, a character in Shakespeare’s Othello. Apparently the English author was inspired by a former owner, Cristoforo Moro, admiral of the Venetian fleet, who married the daughter of Donato de Lezze, nicknamed “White Devil“, Desdemona.

Although the “palazzetto” may go a bit unnoticed in the face of the accumulation of beauty of the ancient republic, for some authors such as the historian John Ruskin, “the palazzo is the most elaborate architectural piece in Venice”.