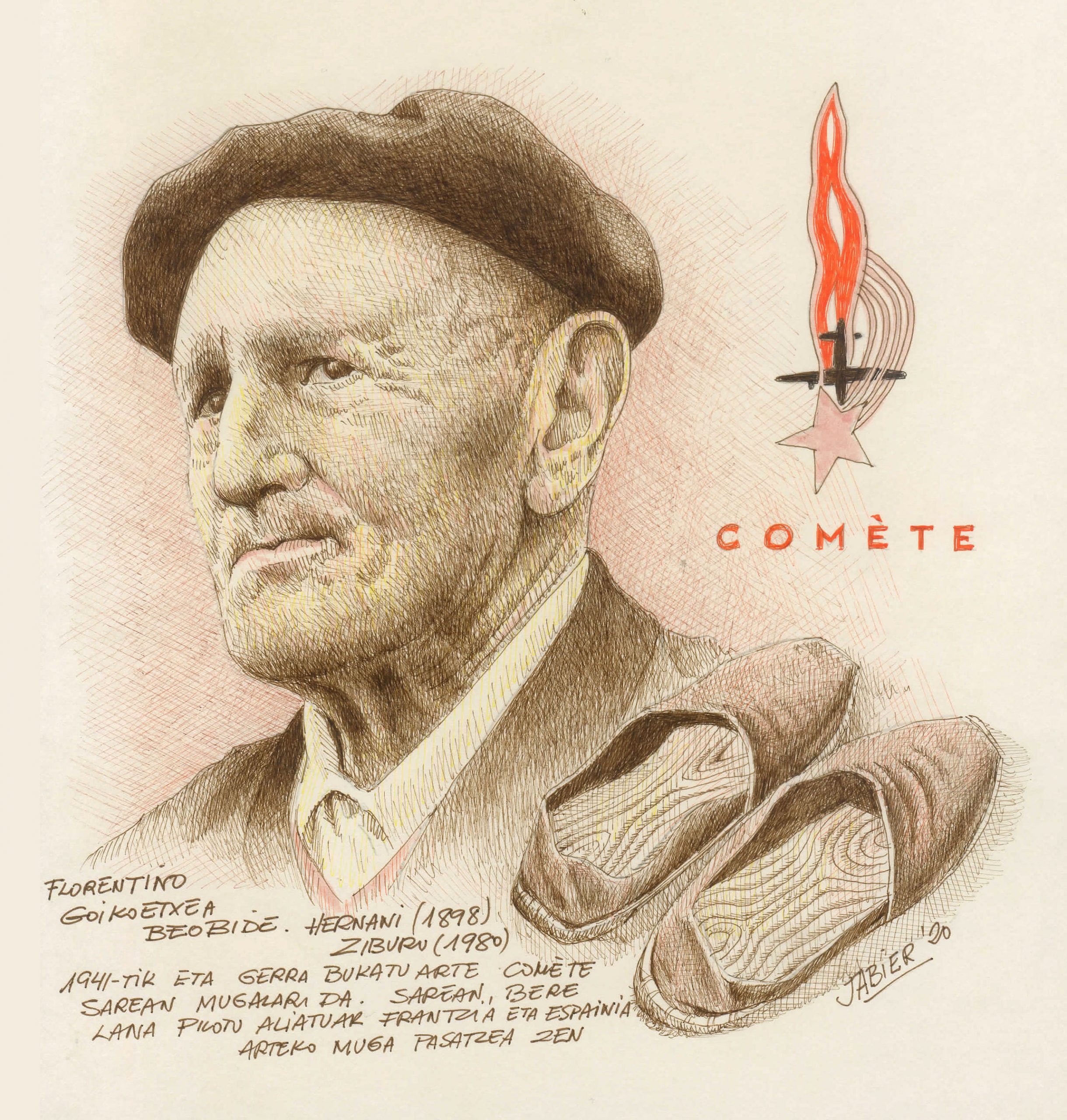 I was recently commissioned a new ink portrait of Florentino Goikoetxea Beobide. I think this is the third time I’ve been drawing the well-known “border guide” from Hernani (Basque Country).

But this time I added two other elements to the composition; the symbol of the “Comet line”, for which Florentino worked, and a couple of espadrilles.

As Juan Carlos Jiménez de Aberasturi describes in his magnificent book “Road to Freedom” (Txertoa), Florentino picked up the Allied pilots at the farm “Bidegain-Berri” in “Urrugne” and began a walk of 8 to 10 hours, until they reached the farm “Sarobe”  in “Oiartzun”, and then the pilots were transferred to the “Gros” neighborhood in “Donostia” where Bernardo Aracama was waiting for them. 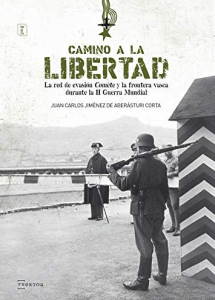 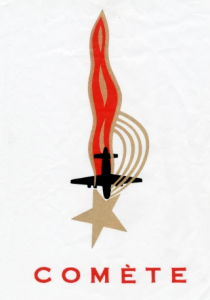 To start the walk, the pilots  took off of their heavy footwear, very unsuitable for the mountain crossing and Florentino gave them some light espadrilles (in Basque “Apretak” or “Espartinak”), with laces.

The footwear made by esparto and rubber provided speed and silence. And when some pilot unused to night walks faltered, Florentino did not hesitate to throw it on his shoulder and continue the walk.

In the last days of this terrible year, with the pandemic as the protagonist and at the gates of the hopeful new year, it is usually time to make the list of the usual good purposes. 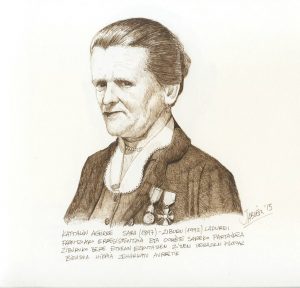 To collect the lessons that COVID-19 has given us, about our lifestyle, our relationship with nature, the heavy “luggage” that we often carry throughout our journey in our life and perhaps it is time to start a new journey, this time to go lighter, with a backpack where we carry only the essentials.

And most important thing is, following Florentino’s example, I hope we can turn during the new year to that longed-for freedom and happiness, but with espadrilles.